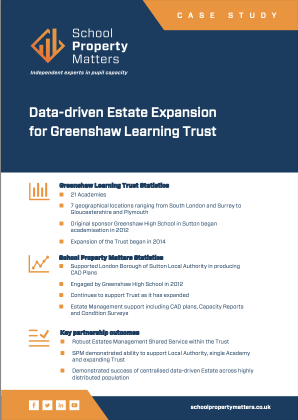 Greenshaw High School in the London Borough of Sutton began its academisation journey in 2012 under the auspices of a formidable and highly experienced Business Manager.

“Sue had an encyclopaedic knowledge of all the fabric, assets and maintenance plans that affected all aspects of the high school,” recalls Jeremy Pilgrim, MD of School Property Matters.

“We were introduced to her having helped the Local Authority with CAD plans for all of its secondary schools.

“Sue commissioned us to produce Greenshaw’s CAD Plan right at the beginning of their academisation process.”

Since then the High School has transformed itself into the sponsor of 21 further academies located in South London, Surrey, Berkshire, Gloucestershire and as far south west as Plymouth.

“In 2017 Keith Wilson, the new Head of Estates and Facilities for Greenshaw got in touch requesting CAD plans for 12 of the local schools that were preparing to join the Trust

“Much to his surprise, and my awkwardness, I was able to send him for free the 8 plans that we had already produced!” laughs Jeremy. “Luckily he then commissioned the other 4 he needed and we’ve been working with him ever since.” 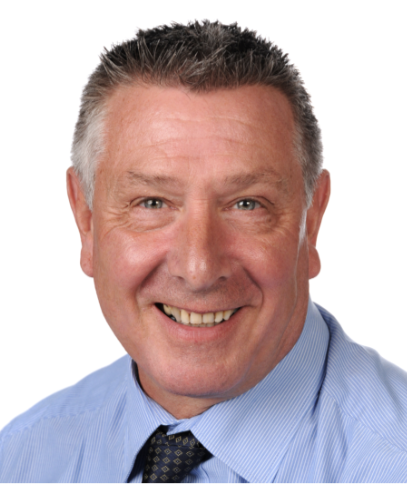 How does an ambitious, visionary and transformational Academy Leadership team expand from one school in South London in 2012 to 21 schools at either end of the M4 Corridor a decade later?

“I suppose it helps having an Estates Manager who loves to drive!” comments Jeremy.

“It also takes a determined approach to following DfE recommendations for strong centralised processes and data.

“Whilst functions such as Finance and HR are regularly centralised, Estates is often left out. But it shouldn’t be.”

Of utmost importance is having Estates data presented in a clear, logical and simplified manner.

“Here at SPM we keep it simple with how we collect and present Condition and Capacity data,” Jeremy explains.

“We pretty much follow the DfE’s guidelines on how to present it.

“Keith was particularly impressed with the way we combined Capacity and Condition data and displayed it in geo referenced format over the CAD plans.

“We aim for the sweet spot between capital expenditure and on-going maintenance, identifying the optimum time to replace building elements and plant before it starts getting expensive.

“This makes prioritising and grouping projects and tasks in each academy location much simpler,” Jeremy says.

Since Condition Surveys highlight defects in the built environment, ranking these according to priority and budget will provide the Estates lead with a straightforward checklist of jobs to tackle.

“But we all know it’s not as black and white as that!

“The tasks that an Academy has to be seen to be addressing, and tasks that make sense commercially, also need to be catered for.

“It’s only through having all the objective data to hand that those tough decisions can be made across multiple Academies in the Trust.”

“It’s one thing to expand, but to expand and change your systems at the same time makes the job a lot harder,” says Jeremy. 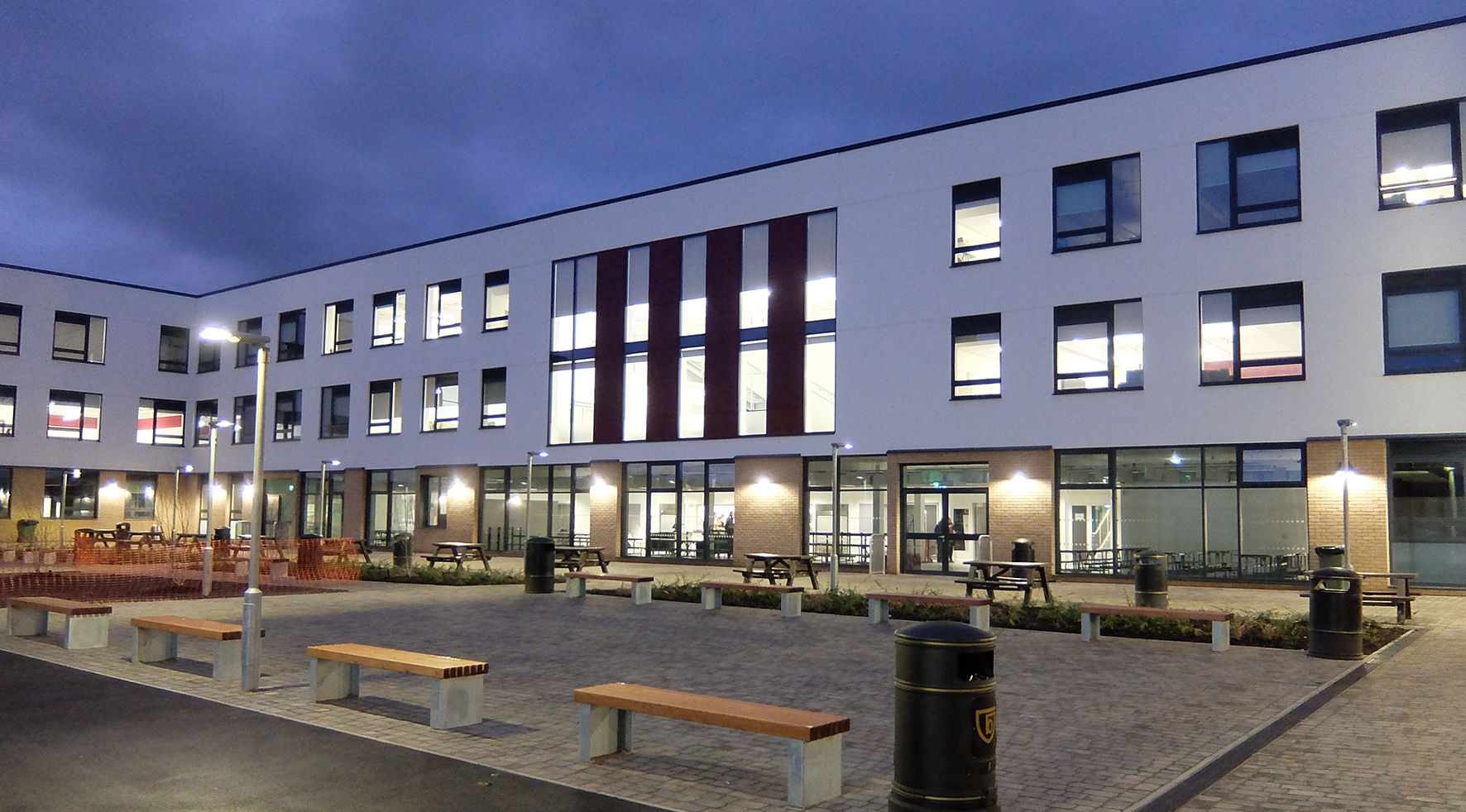 Data-driven Estates, amongst other Shared Service provision from Trust leaders, mean that the headteachers and teaching staff can focus on advancing education rather than on monitoring and managing the built environment of the Academy.

“The whole leadership team at Greenshaw Learning Trust can get on with their jobs knowing that Keith has an objective and detailed overview of all the maintenance plans and budgets.

“This gives the Academies greater freedom and confidence to pursue excellence for their pupils and students,” says Jeremy.

Whenever there’s a crisis at a location, such as burst water pipes causing pupils and classes to be reaccommodated, having centralised readily available data helps reduce the drama.

“When the Academies are distributed over a large geographical area like at Greenshaw, a centralised view makes the Head of Estates more effective in their work,” comments Jeremy.

“Based on the data at their fingertips they can immediately advise the Academy on what steps to take to relocate students and staff, as well as how to prioritise remedial work that needs to be done.”

“Right from the first conversation I had with Keith – when I gave away eight CAD Plans for nothing – there was clear synergy between our objectives,” says Jeremy.

“He appreciates our honesty and transparency if ever we get things wrong, which I’m glad to say has only happened once!”

“Our experience with the London Borough of Sutton, then with Greenshaw High School and subsequently with the Learning Trust shows how we adapt to the needs and requirements of our clients,” Jeremy says.

“We can work with the massive amount of data that Local Authorities require as well as single schools and multi-academy trusts.

“Greenshaw Learning Trust is a prime example of how SPM’s approach can flex and adapt. We support schools to become independent decision makers and we support Trusts in balancing and prioritising their Estates budgets.”

SPM’s on-going relationship with Greenshaw is down to the SPM team being there as they’ve grown.

Jeremy says: “Keith relies on us working in the background, and he trusts us to work with his preferred building contractor.

“No matter what happens, having objective data makes it difficult to dispute what needs to be done.

“When you’re managing your Estates largely from the fast lane of the M4 you need to be able to rely on your data, processes and partners!”

School Property Matters has been invaluable, the data they provide has been intrinsic to managing strategically and effectively from a central perspective. The SPM team have continuously supported us over the years, working in the background through significant growth in the trust.

In the time we have worked with Greenshaw Learning Trust they have gone through a period of significant growth which we have been delighted to support them with. As an enthusiastic user of our CAD, Capacity and Condition services it has been great to see how data has enabled effective decision making within their estates function. We look forward to supporting Greenshaw Learning Trust as they continue to grow.